In the previous installment I provided a brief history of air quality in the cleanroom space.  Essentially briefly chronicling the rapid rise of instrumentation followed by a need for standards to control the manufacturing of these instruments so they could better suit the industry they were serving.  In this installment we’ll look a bit more closely at the ISO standard (specifically ISO 21501-4) that emerged.  We’ll go through each of the requirements and discuss why this was included and what it sought to control.   Ultimately, we’re attempting to lay the groundwork for a similar effort vis-à-vis air quality sensors in the air quality space.   The hope is that understanding developments in industrial air quality monitoring will serve as a useful starting point.

ISO 21501-4 (or part 4) applies specifically to “Light scattering airborne particle counters for clean spaces”.  There are certainly other ways to measure air quality, and in indoor and outdoor air quality most of the sensors are not particle counters, but it’s still instructive to use this standard point in discussing what an air quality instrument standard should address.

In order to understand the standard it’s important to first define what a particle counter is.   I think we’ve all had the experience of looking through a sunlit room and seeing particulates suspended in the air, caught in a sunbeam.  A particle counter typically uses a very thin laser beam and passes the particulates through it essentially one at a time.  As the particulates pass through the beam they scatter light with some of that light hitting a sensitive optical detector, the tiny signal from that detector is amplified into an electrical pulse, the height of that pulse corresponding very closely to the size of that particulate.  The height of each of these pulses is measured and then particles are binned by size and counted.   At the end of the sample the counts in each bin (or channel) are reported.  In air quality applications, these counts are converted into an estimate of mass for each channel.  In the figure to the right the air would enter the sensor through the inlet and exit through the outlet, as the air exits the inlet it passes through a laser beam (shown in red) and particulates would scatter light onto a detector (round object below it).

In air quality applications there are also sensors that measure aggregate mass instead of counting particulates. This is akin to taking a small portion of that sunlit room and looking at all the particles in that area and attempting to estimate the mass of the whole in one shot.   They typically do this by measuring the scattered light of all the particles passing through the sensor over some period.  They then assume that the particles that passed through the sensor over that period follow some regular size distribution (sometimes but not always the case) and then compare the result to a number of values recorded during calibration to arrive at an estimate of mass.  The most expensive of these have some means of excluding certain particles by size (in subsequent samples) in order to refine their distribution estimate and improve mass estimates.

To calibrate a particle counter using ISO 21501-4 the manufacturer uses very special particulates with a tightly controlled size, shape and refractivity (typically polystyrene spheres from a NIST traceable source).  I’ll omit discussing the calibration system in detail (since such discussion could easily result in several articles by itself), suffice it to say that these particles are aerosolized and presented to the instrument mixed with clean air such that these are the predominant particles passing through the instrument. As these particles pass through the instrument they cross the light beam scatter light as described.  Scattered light reaching the optical detector is amplified and the resulting pulse height recorded.  In this case instead of binning it into a reasonably small number of channels (as we would when operating) a large number of bins are used to provide a lot of resolution to the sizing.   We record a large number of particle heights during a sampling period and create a histogram of these (plotting the # of particles seen in each bin).

Read the full article in the February digital edition of Healthy Indoors Magazine at: https://hi.healthyindoors.com/i/1088111-hi-feb-2019/27 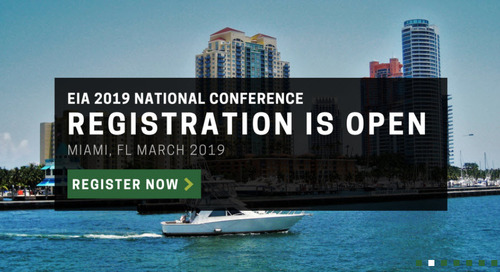 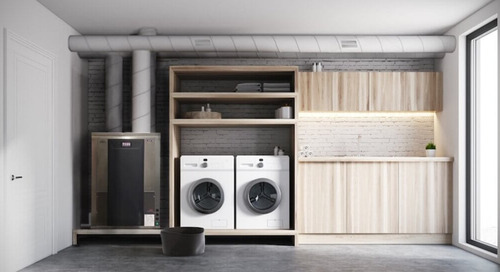 How to Ventilate a Home with Impunity

by Allison Bailes — You know that old saying, “No good deed goes unpunished”?  It applies to a lot of homes with respect to ventilation.  If you simply bring outdoor air into the house, you pay... Looking for IAQ Solutions in a Blurry Market

By Bob Krell, Publisher, Healthy Indoors Magazine — The COVID-19 pandemic created an acute awareness about the need for improvements of our indoor environments.  And, as sure as mold crops up... The Organizing Committee cordially invites you to submit an abstract to Healthy Buildings 2021-America. Our conference theme is (Bridging the Gap between Research and Practice – In the Age of... Life After Mold? That’s the topic for today’s discussion on the Healthy Indoors LIVE Show with our guest, Dr. Lauren Tessier. She is a Naturopathic Physician who established Life After Mold; the... 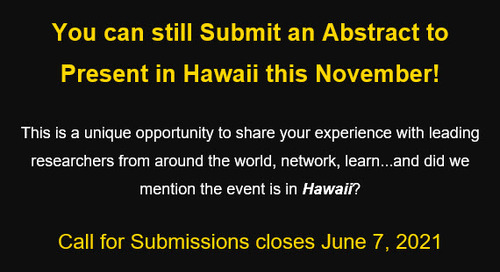 The pandemic has given the collective indoor environmental industries an unprecedented opportunity to teach the world how to create and maintain healthier indoor spaces. Dr. Richard Shaughnessy... 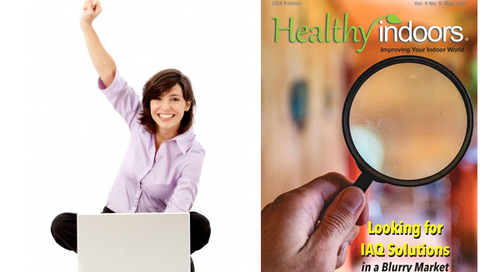 You can read the May 2021 Healthy Indoors Magazine – USA Digital Edition now at: https://hi.healthyindoors.com/i/1378801-hi-may-2021-usa-edition/0 The post Read the latest Issue of Healthy Indoors... 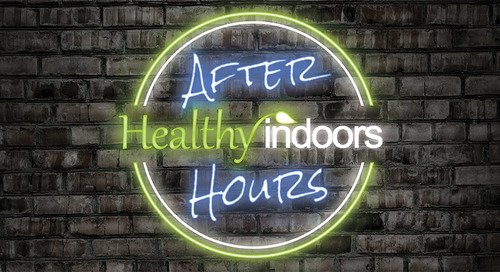 Healthy Indoors AFTER HOURS Show Premieres on May 25, 2021 By Jeff May — Healthy Indoors Magazine-USA Edition April 2021 Many indoor-air-quality problems are caused by building conditions, such as poor ventilation or moldy heating or cooling equipment.... How to Design and Install Kitchen Exhaust and Make Up Air Ventilation (Case Study) Another installment in a series with Healthy Indoors Magazine follows the real-life, gritty planning and... Check out our digital flipbook of this informative document from erlab, Inc. The post erlab’s “Safe Air Playbook” appeared first on Healthy Indoors. Join us LIVE from 1:00 PM – 2:00 PM ET on Thursday April 29th for another great show! This week we discuss some effective solutions for improving IAQ, the placebo effect of ineffective products,... 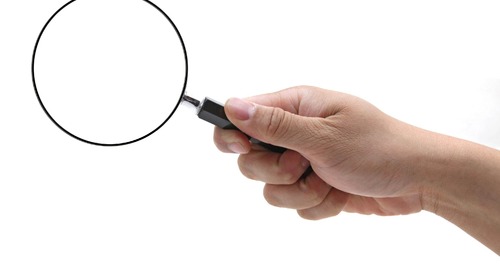 By Jeffrey C. May — from the March 2021 installment of “May’s Ways” in Healthy Indoors Magazine — One of my clients reported that he and his neighbor saved about 30% on their heating and cooling... 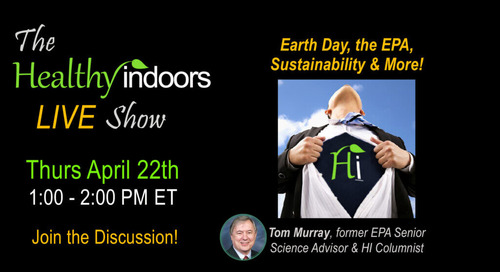 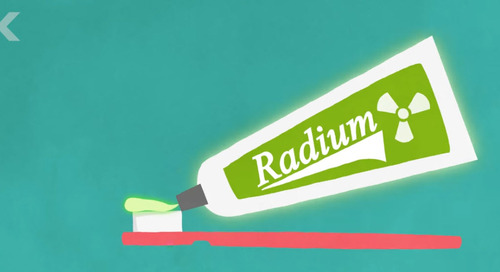 Radium Was a Miracle Product, Until it Started Killing People

People used to think radium had mystical healing properties, but then things went horribly awry. How We Realized Putting Radium in Everything Was Not the Answer... 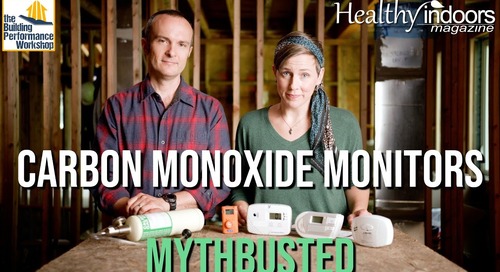 How to Prevent “Snake Oil” Sales from the IAQ Industry

This Thursday April 15th on the Healthy Indoors LIVE Show from 1:00 PM – 2:00 PM ET — For years we’ve been hearing about “snake oil” products and “Snake Oil” Salesmen in the indoor environmental... On this week’s show, we’ll be discussing the role of air cleaning/filtration for maintaining good IAQ in our homes, workplaces, and schools with HealthWay Family of Brands President, Vinny... 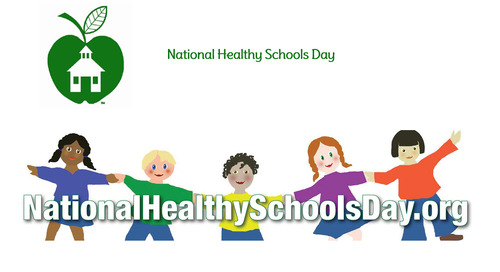