My last opinion column was in IE Connections about eight years ago, relating my embarrassingly rookie-like mistakes with an evil crawlspace. Although my writing stopped, I didn’t stop my activities in the IEQ industry. Times change, as have my focus that started with an eye-opening twist when I was sued.

Before I describe the “twist,” it will help to quickly update my regular activities these past years. The relationship between the two explains why I’m returning to writing an opinion column and why I’m calling it Guardrails & Parachutes.

It’s exploring and developing the connections between the experience of health by the people inside buildings and the building characteristics themselves which motivates me. That relationship is also what blinded me to the trickery which led to the lawsuit. And how that experience informs my purpose for this column to address practitioners and customers alike.

About six years ago, I was approached by someone I knew from a Yahoo discussion group and whom I had met at a conference two years before that. She/he was dedicated to helping people suffering from water-damaged buildings and the subsequent mold growth. After the conference, he confided that he didn’t know enough to really help and was going to get some training before continuing giving advice.

I received an email about a year later asking me to help members of a Facebook group understand air filtration. There was considerable debate, sometimes heated, about whether the technology of a particular device was helpful or harmful. I entered the group by invitation and offered some technical comparisons about the various technologies available.

There was pushback about some of my technical comments and my “friend” defended me. As the conversation developed over the next few weeks, there were requests for more information because many were confused about air filtration, the different technologies, and how to evaluate claims. As the conversation further developed, there were demands for independent validation of claims by a particular company and suspicions that some of the members of the group were actually salespeople for that company– in violation of the group rules. To avoid a long story and to protect me from another legal challenge, suffice it to say that my “friend” was one of those salespersons. I had been recruited because she/he believed I would validate the product. The lack of transparency plus my eagerness to help was the “trick” that I fell victim to. A “trick” I’m finding to be pervasive.

Something I said on the group offended my “friend” which resulted in a Cease-and-Desist Order claiming I was interfering with the company’s ability to conduct their business. The formal legal complaint came a month later.  It took a while but the suit against me was eventually dismissed by the judge.

The legal action, the Facebook controversy, and the “trick” to get involved wasn’t what created my motivation to write again, however. My motivation came from what I learned from the group members and about the group culture. Their disappointment and anger were about us.

I will write about my surprise at how confused the public is about basic facts, and how marketing contributes to, and even solidifies, that confusion. But of equal concern is that I’m discovering how our industry is failing in their professional and moral obligation to our clients. It’s not just the indoor environment that is harming people. It is also us.

The lack of legitimate leadership and transparency from industry has forced the public to rely on their own group validation without any guardrails of objectivity and independent assessment. The practitioners typically respond by discrediting and denigrating the groups with complaints about how difficult they are to work with. All the while continuing to take their money – even if the client isn’t satisfied. Marketing creativity for services and products is running rampant with outrageous claims more like science fantasy, where even science fiction would be an improvement. Facts are becoming scarcer and more twisted. I’m seeing more and more inspection reports and contractor line-items that are ignorant at best, and at worst swerving closer and closer to fraud.

I fear our industry is speeding down a steep, curvy mountain road with one shoulder guarded by the mountain side and the other side bounded by a thousand-foot plunge to the rocks below. Make a mistake, ever so slight, and you’re soaring over the edge with the only possible salvation coming from divine intervention or a parachute to break your fall.

But that’s not the worst of it. As experienced business people, we have legal guardrails for ourselves known as caveats and limitations. That allows us to swerve toward the cliff and bounce off the guardrails because our guardrails are sufficient to protect us from harm. Harm, not from the rocks below, but from angry customers. We build our guardrails, so we don’t need parachutes. The way we create and enforce them leave our clients with neither.

Ordinarily, such disregard for our clients would damage our reputation, eventually putting us out of business. However, most jobs are not repeating– we can leave our customers worse than we found them and simply go on to the next and the next.

Some may judge this description as outrageously extreme. And it is from our point of view. But the people I talk to everyday recount dramatic encounters with our industry that make my simple narrative sound downright tame. I have heard and seen the harm that we allow, and in some cases create. That is what I’ve learned from the social media that I was tricked into joining.

The world has changed dramatically since my last opinion column. The greater risk for us now is a public that is becoming more demanding and angrier. The big three dangers to domicile security of climate change, pandemics, and chemical pollution is making the need for effective action immediate. The need for transparency and truth is more critical than ever. The need for boundaries to guard against veering into danger is more immediate than ever. We all need guardrails, so we don’t have to bring out the parachutes to drift us off somewhere to safety.

But we must act now because once we are over the guardrails it’s too late to go shopping for a parachute. It’s too late to conduct an evaluation of which descriptions are actual and which are simply magical marketing words. We need information and action at the ready for when the need arises. So do our customers and therein lies some of our responsibility.

The truth, some say, lies between the extremes. If that’s true, then there is a need for guardrails for everyone to keep all parties from sailing over a cliff without a parachute.

Carl Grimes, HHS CIEC, has direct experience consulting with those who experience complaints indoors and as a leader in the industry intended to fix those causes. Because he also originally experienced the harm in his personal life, he has a unique perspective and approach for understanding and communicating the complications and confusions between them. He is past president of IAQA, vice president of practice of ISIAQ, and chaired the IAQA Healthy Home committee that wrote the Healthy Home Assessment Principles course. He has served on committees writing the original S520 mold remediation standard, medical practice parameters for allergists, official policy position statements for ASHRAE, plus several peer reviewed and published papers. He’s currently director of healthy homes for the Hayward Healthy Home Institute and Hayward Score in Denver, Colorado; and vice chair of ASHRAE TC1.12 on building dampness, and chair of ASHRAE’s SGPC10 committee Interactions Affecting the Achievement of Acceptable Indoor Air Quality. You can reach him by email at grimes@haywardscore.com.

The post I’m Back! appeared first on Healthy Indoors. 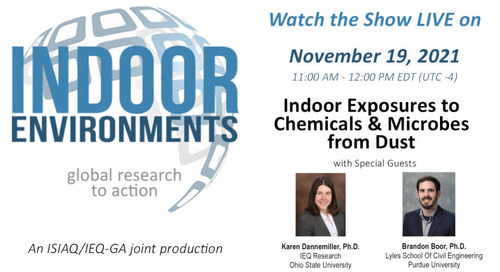 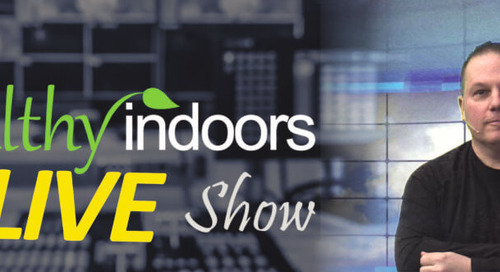 It’s that time of year again. We are pleased to welcome Henry Slack as our guest this week on the Healthy i... 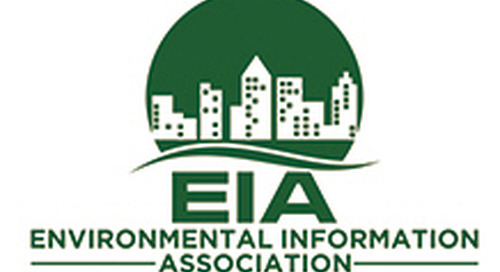 By Jeff May — from his August 2022 May’s Ways column in Healthy Indoors Magazine The sources of indoor air quality problems can be within the components of the building including mechanical... 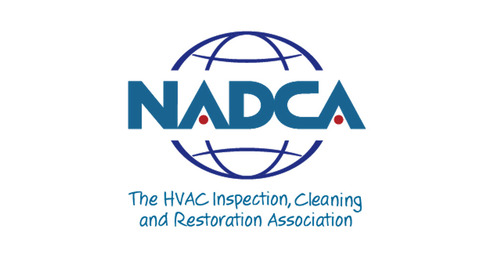 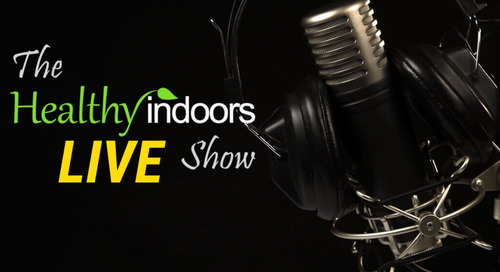 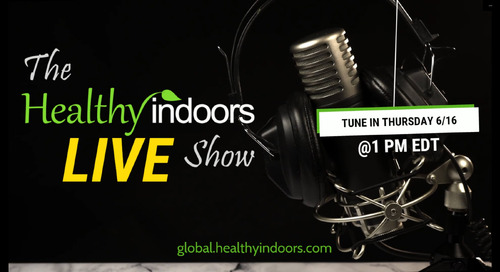 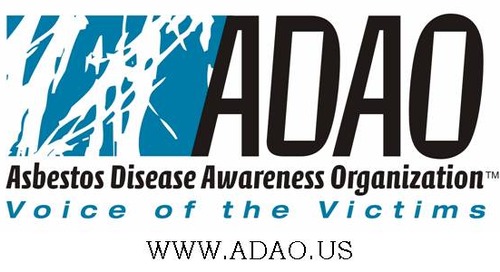 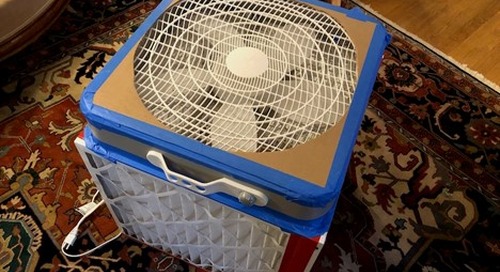 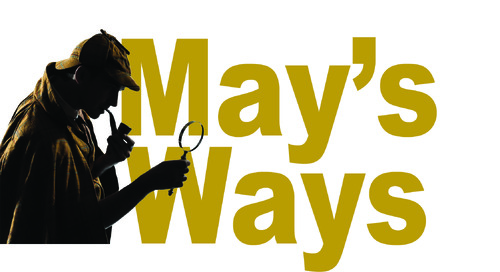 By Jeffrey C. May — When occupants experience specific symptoms inside a building and feel better when they are away from the building, and their symptoms are not caused by a specific illness, the... 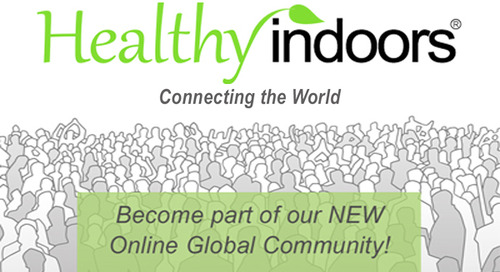 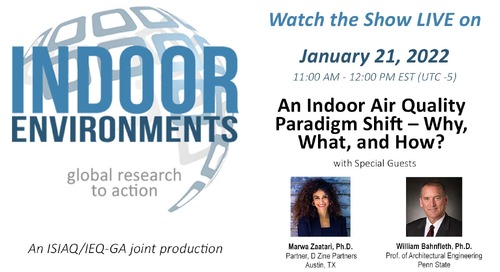 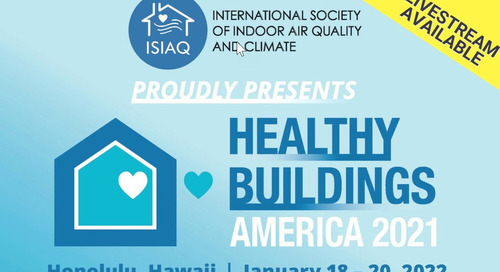